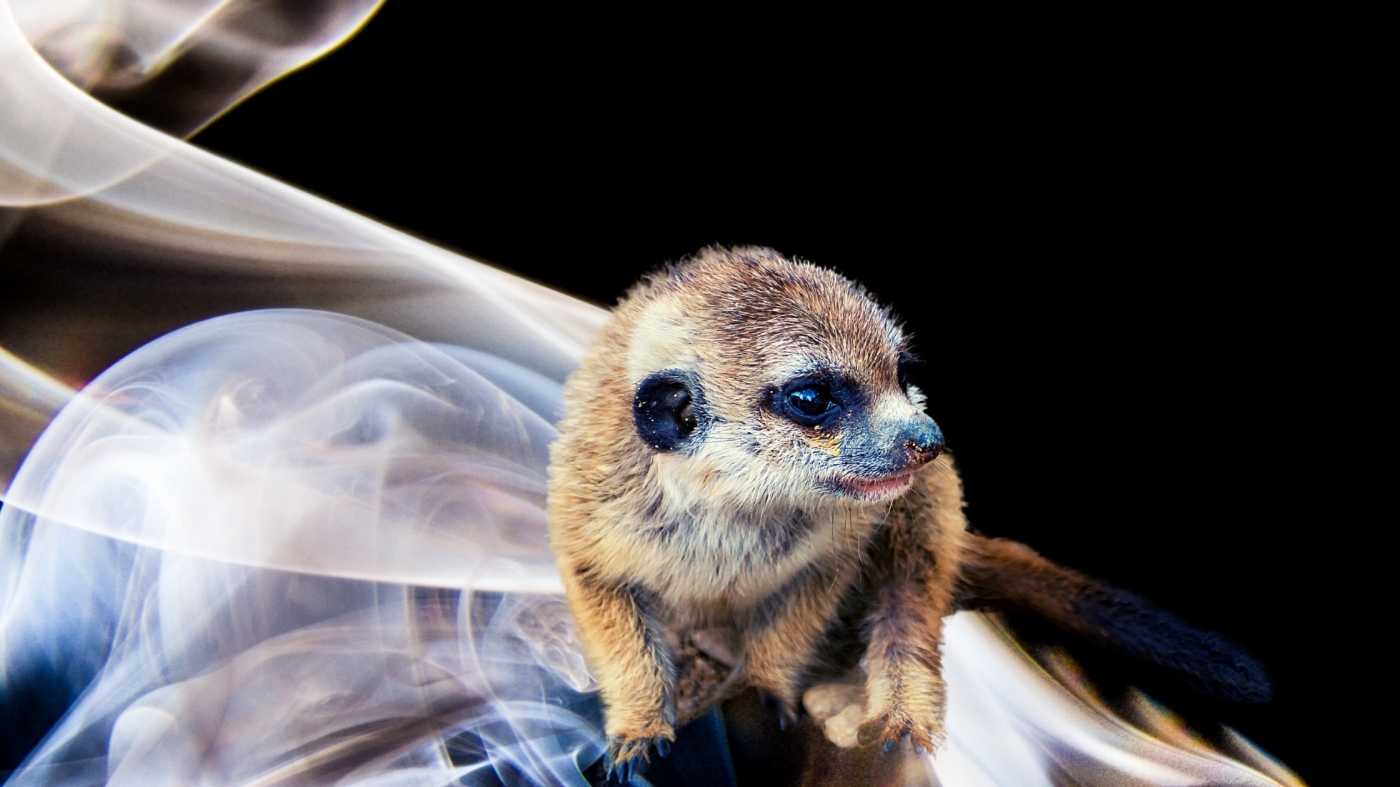 The Creation Part One

Star awoke in darkness. The chamber was warm and tight. He couldn’t see anything but the milky scent coming from the furry flank he nestled against comforted him. He wriggled closer, pushing his mother’s paw, trying to reach her belly. He heard her sigh and felt her roll onto her side. Star crawled to her and drank. When he finished, he fell into a deep slumber.

When he awoke he was alone.

Star wasn’t scared. His mother often left him on his own for brief periods of time, always returning with delicious and foreign smells covering her pelt. He occupied his time by scratching in a corner and exploring the chamber, using his snout and whiskers to guide him. After a while he grew bored and slept again.

When he opened his eyes, his mother had still not returned. He stuck his snout into the tunnel branching off from the chamber and sniffed. Her creamy scent was stale and a cold current of air from wherever the tunnel led made him shiver. Star withdrew his muzzle and curled up in the corner with his tail over his nose to wait.

He waited for a long time.

The scents were dank and cool inside of the tunnel. Star took tentative steps from the chamber mouth, and though he couldn’t see anything in the pitch blackness he glanced over his shoulder every couple of paces. His tail quivered with indecision. The two-moon-old pup had never left the chamber before, let alone the burrow. The realization paralyzed him and for a moment he crouched without moving.

A waft of fresh air stirring his fur revived him from his fear-induced stupor and he straightened. He sniffed and was rewarded by the scent of growing things and water. Water.

With a new vigor Star hurried to the tunnel exit and burst out of the burrow. He didn’t stop to observe his surroundings, shadowy palm trees and sumptuous ferns bathed in silvery light but plunged into the foliage. He ducked branches and tripped over vines. He snagged his pelt on thorns and scratched his paw pads on the bark of a fallen acacia. He ran with parched desperation until he saw a break in the trees. He dove out from the shadows and slid down the sandy shore. He stopped at the waters edge and dipped his snout into the darkness for a long drink.

The water tasted clear and crisp on his cracked tongue. He took several laps before lifting his head. The sight that greeted him stole his breath.

Reflected in the lake were thousands of glowing white orbs. They seemed to burn with a mysterious, far-off, smokeless flame. Also mirrored in the lake was himself. He squinted at the large brown eyes, long tapered snout, round black nose, small circular ears, dark chest, dim golden pelt lined with brindled stripes, and the four lengthy black claws on each paw. He tilted his head this way and that, marveling at his reflection mirroring his movements. He swung his stiff but some-what flexible tail over his paws and watched at its dark tip smothered his claws. He stood up and paced, staring as his image in the lake did the same.

Then he sat back on his haunches and reached out a claw to disturb the surface. A ripple sprung from his dipped claw-tip and spread across the lake. Star observed the ripple as it moved farther across the vast water until it disappeared. Then he rose and shook the sand from his pelt, which was when he glanced skyward for the first time.

His eyes widened. “Woah.” He uttered in awe. Above him were the same, amber-tinted orbs reflected in the lake. Star recalled his mother’s hushed stories of the outside world and realized that they must be his namesake, stars. Directly over the island was a huge scratch of sliver patched light. “The moon. I can’t believe I’m looking at the moon right now.” He said to himself. “I thought I’d never see it.”

He only stopped gazing at the night sky when his wonderment faded into wariness. With reluctance he climbed to his paws and padded back through the trees. He didn’t stumble as much on the way back to the burrow, but he pricked himself on just as many thistles. He was grateful when he emerged into the burrow clearing, coated with lush green grass, but stiffened when he noticed that one of the shadows beneath a shrub was moving.

A lengthy black cord of shade undulated toward Star. It had no discernible features and it glinted in the starlight like a shiny stone. Star cringed and a whimper built in the pup’s throat. His gaze skittered to the burrow mouth, but the shadow was blocking his path. His tail quivered. He began to back away as the shadow paused in front of him. Before his eyes, its shape changed, coiling over itself, and it raised a hooded head. Beady black eyes regarded Star and a forked red flicker burst from its lips.

Star began to tremble all over. “D-Death Bringer?” He stuttered.

“Ye…Yes.” Death Bringer responded with what sounded like great difficulty. His words were a grating hiss, as if he didn’t speak often. “I…won’t hurt you.”

“Meerkats?” Star chewed the word; it sounded a tad familiar.

“Or…silly me…meer as you referred to be called.” Death Bringer bobbed his head in a friendly, open manor.

Star relaxed somewhat but was still confused by the name. “Meerkat. Meer.”

Death Bringer’s tongue flickered. “Yes…you are a meer. I am a snake…a cobra.” His eyes flashed with confusion.

Star shook his head at all the new information. The stars, the moon, meer, snake, cobra, he recited mentally.

The cobra tilted his hood. “You didn’t know you were a meer or I was a cobra?” He asked.

Star gave his chest fur a sheepish nibble. “Of course!” He asserted without making eye contact. When the snake just stared at him, he sighed. “This was my first time out of the burrow.”

“Ah.” Death Bringer nodded in understanding. “You’re a bit old to have never left the burrow.” He said as he appraised Star.

“It’s not as if I didn’t want to go out.” Star huffed. “My mother disappeared.”

“Hmm.” Death Bringer hummed. “Do you want to find her?”

“Yes!” Star straightened and glared at the snake. What kind of question was that? Of course, he wanted to find his mother!

“Follow me.” Death Bringer ordered. Then he turned and slithered toward the center of the clearing. Star made to follow but cast a cautious glance at the burrow mouth across the grass. Should he make a run for it while the cobra was distracted? Star decided against it and quickened his pace to catch up with the snake. He’d have to take the risk of danger in order to discover where his mother was.

Death Bringer halted in front of a scorched crater and drew in his scales. Star peered over the side to see that the interior of the hole was charred and lined with soot and flakey ash. Beside Death Bringer was a pile of sticks, leaves, and other debris. With a firm sweep of his tail the cobra brushed the pile into the crater. “Stand back.” He warned Star who leaned away from the crater as Death Bringer chanted. “Starfire, we call on you to show us the way!”

A star far above their heads seemed to twinkle a little brighter and then a flame fanned to life inside the crater. It was white and brilliant and ate the kindling that Death Bringer had pushed in. “Woah.” Star uttered for the second time that night.

Death Bringer’s gaze glinted in the cobra’s version of a smile. “Starfire!” He called. “Show us where this pup’s mother is.”

Star blinked as images appeared in the heart of the fire. Among the ashen embers, flaring sparks, and dancing white tongues were visions of other meer. It was just like looking in the lake except this wasn’t a mirror image of himself. It showed a great barren plain dotted with other meer.

“Do you recognize any of them?” Death Bringer asked.

Star squinted. The meer shared the same basic coloration as him, they were all bigger with sharper muzzles, adults, but he couldn’t pick out his mother among them. “I never saw her in the light.” Star admitted.

“That’s alright.” The snake’s tone was kind if not soothing. “I know that group. It’s the only family of meer in the desert. They call themselves The Gang.”

“I could help you find them.” Death Bringer offered. “But it is many days and nights journey from this island.”

Star glanced up at him, this cobra who had seemed so fearsome just a spell ago. “You would do that for me?”

His companion nodded. “Yes. I planned on leaving the island tomorrow anyway. And you’ll need a guide.”

Instinctively Star leaned over to rub his muzzle against Death Bringer’s scales. The snake stiffened at the contact but then rippled his coils as if it calmed him. “Thank you, Death Bringer!” In the crater the starfire hissed and died.

The cobra smoothed his hood. “You can call me Bringer.”

Star grinned showing off his teeth. “You can call me Star.”

Free ebook of Escape From Kitty City Jan 7th through 11th only! https://www.amazon.com/gp/aw/d/B09MYFKRJ5/ref=tmm_kin_swatch_0?ie=UTF8&qid=&sr=
Happy New Year everyone! I hope this year brings you all wonder and happiness! Start out the new year right with a FREE book! If you subscribe to The Burrow Newsletter you'll get a free digital copy of the newest novella in The Meer Series: Naming Clay
Meer-y Christmas! 🌲🎄🎁🙂💕🥳
Happy Thanksgiving! I am thankful for you, my wonderful readers and supporters! Your encouragement means the world to me. I hope you had a great turkey day 🦃 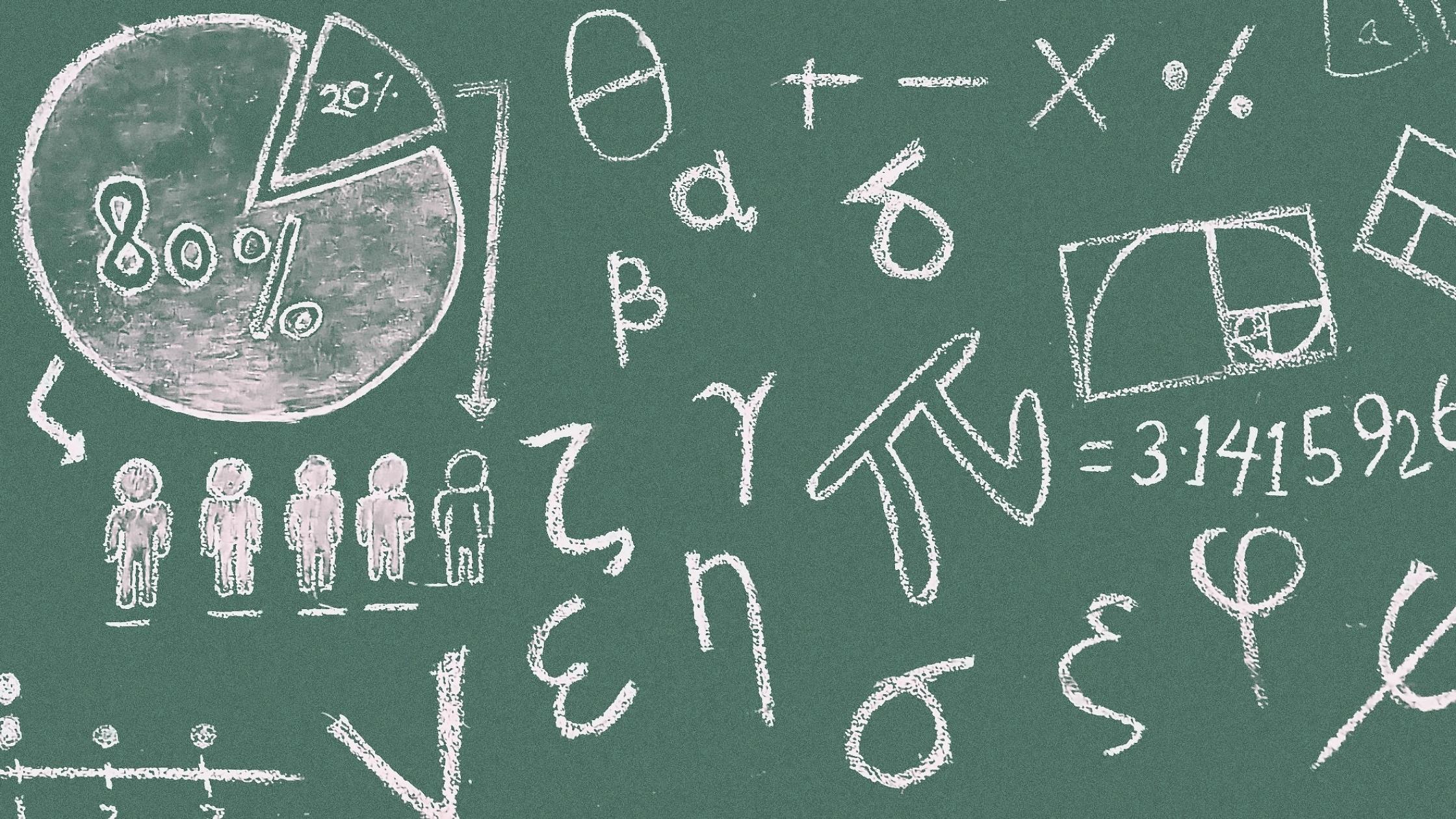 Remember in middle school math class how the teachers’ mantra always used to be ‘show your work’? Well, whereas in math class it didn’t make much sense, (at least to me) it does make sense to apply this rule to writing. Sometimes when I’m in the writing zone I tend to have a mind for only one […] 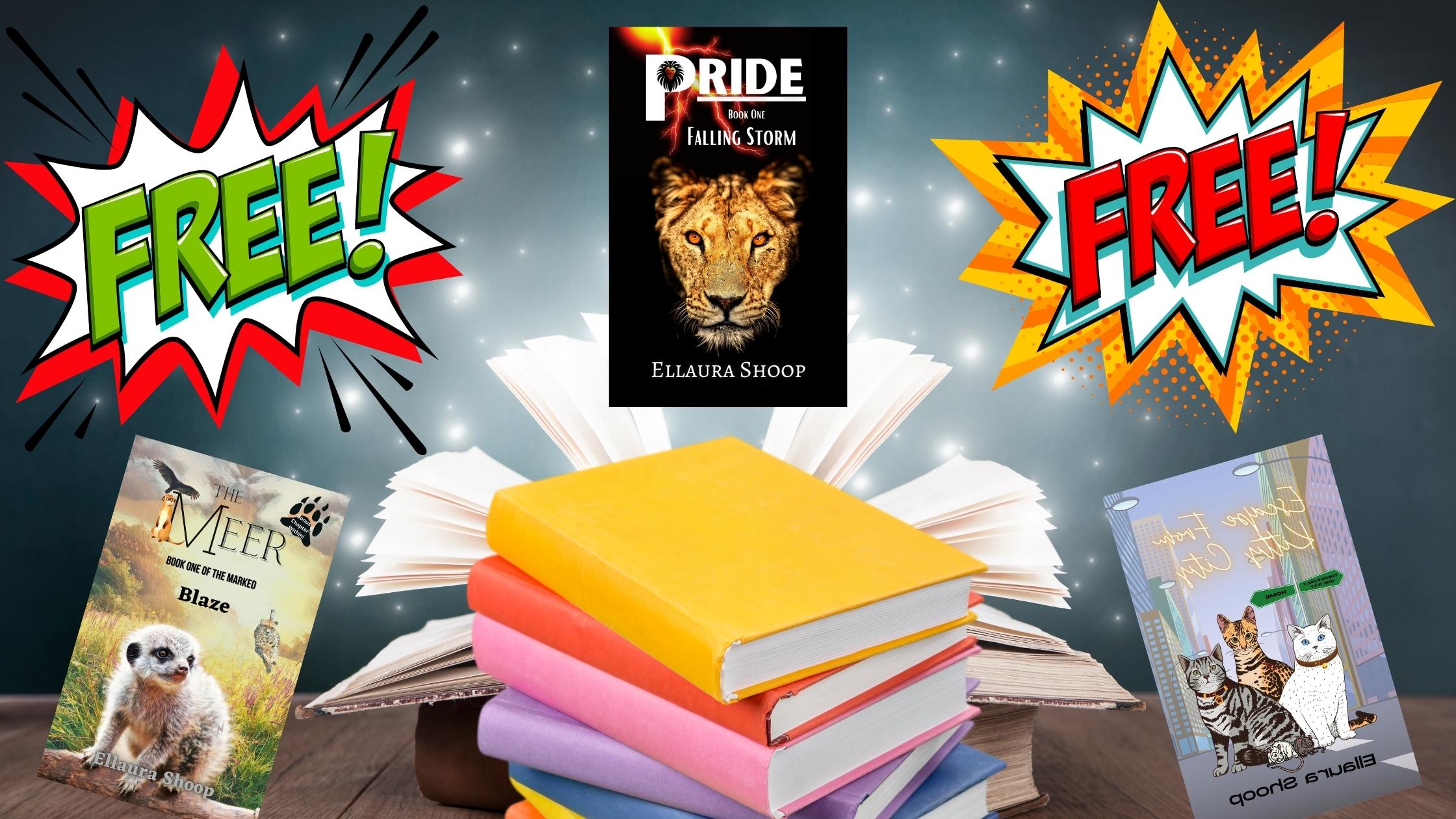 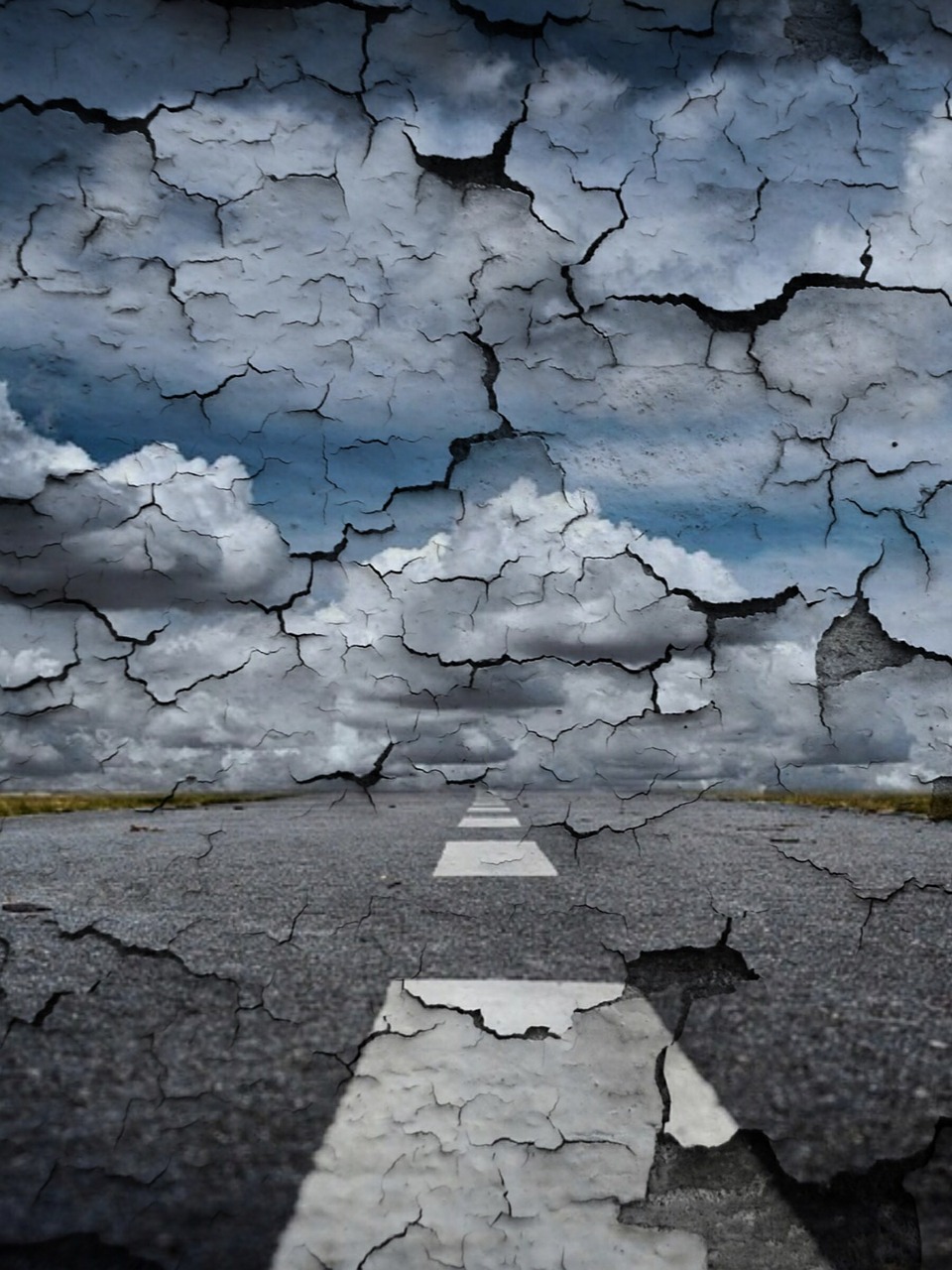 Act III is the outcome of your novel and should take up roughly, 25-10% of the novel. To close the category on how to write the beginning of your novel I am going to outline the structure that each act in a novel should have. The source that I used to gather this information is […]